The timeless business axiom “Time equals money” is never more relevant than when discussing the costs associated with producing high-quality dough. Whether you own a restaurant or manufacture dough at a large plant for commercial baked goods and snack foods, you understand that creating raw dough can take a substantial amount of time. It also requires measurements that closely follow recipes with decades of proven success. Your goal for dough production should be to complete orders as quickly as possible without sacrificing the quality your business is known for in South Korea.

Exact Mixing can solve your business dilemma of producing high-quality dough in the fastest time possible. When we opened our first production facility in 1994, we introduced the continuous mixing method for commercial production facilities and retail bakeries. After 14 years of operating as an independent company, Exact Mixing became part of the Reading Bakery Systems family in 2008.

What is the Continuous Dough Mixing Process?

The term “continuous mixing” offers a glimpse into a process in which every ingredient used to create a batch of dough undergoes constant monitoring as each batch moves into the mixing chamber. As a result of constant monitoring, the finished product leaves the mixer in one intact piece. The engineers at Exact Mixing upgraded the dough mixing process to incorporate the four primary steps for mixing dough: measuring, mixing, delivering ingredients, and kneading dough into one seamless process that produces raw dough.

Our engineers devised a system in which the ingredient measurements for each batch consistently achieve +/- 0.25 percent accuracy. The continuous dough mixing process operates perfectly for every dough moisture level required to form and maintain the consistency of the final product. Our proprietary dough mixing process does not generate excessive heat that ruins the dough recipes that go through the batch mixing process. Instead of waiting for the dough to move through the mixing process every 15 minutes, the continuous mixing method delivers a constant flow of dough to meet last-minute and high-production dough requests

Ask for an Exact Mixing Demonstration

You can read about all the advantages of continuous mixing over the batch dough mixing process. However, seeing is believing, and Exact Mixing converts potential customers into lifelong patrons of our business by offering a six-step demonstration of how the continuous mixing method works. We encourage you to visit our Science & Innovation Center in Sinking Spring, Pennsylvania, to learn more about how our continuous mixers can help your business in South Africa produce higher-quality dough in less time. 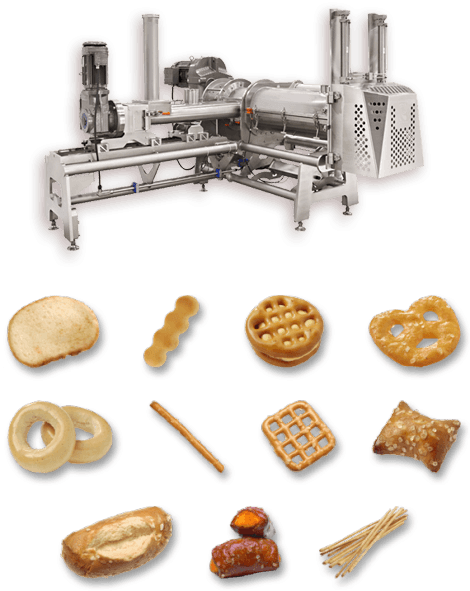