Batch mixing can lack precision and lead to variations in dough, which can impact the consistency of finished products.  Even if the dough is perfect leaving the batch mixer, changes often occur to the dough while waiting to be processed.  This is known as the batch cycle.  Continuous Mixing solves these problems by providing a consistent, uniform dough stream to your production line at the same rate that it is being used. 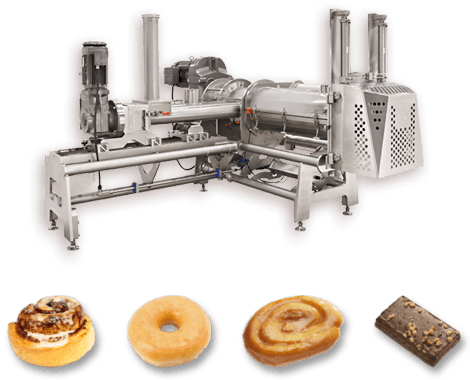