As the leading supplier of Continuous Mixing systems for the food industry, Exact Mixing is proud of our advances in mixing technology that helps commercial bakers excel at producing exceptional snack foods and other baked products.

Batch mixing has existed for much longer than Continuous Mixing.  However, the development of better mixers, control systems, and metering devices over the past decade has resulted in accurate, reliable, and easy-to-use Continuous Mixing Systems.

Exact Mixing was recently awarded patent protection for our Hydrobond Technology® by the U.S. Patent and Trademark Office (USPTO).

This technology delivers instant, even hydration of a dry ingredient stream (typically flour) before entering the mixer.  It mixes dough on a particle‐to‐particle basis.  Uniform hydration is accomplished without heating up the dough and results in a shorter mixing time with less energy required.  It will make the Continuous mixing process more efficient and can be used with a pre-hydration system to mix flour, minors, and water into a brew holding tank.

Learn more about mixing technology and Continuous Mixers from Exact Mixing.  Reach out to us by phone at (01) 610.693.5816 or contact us online today. 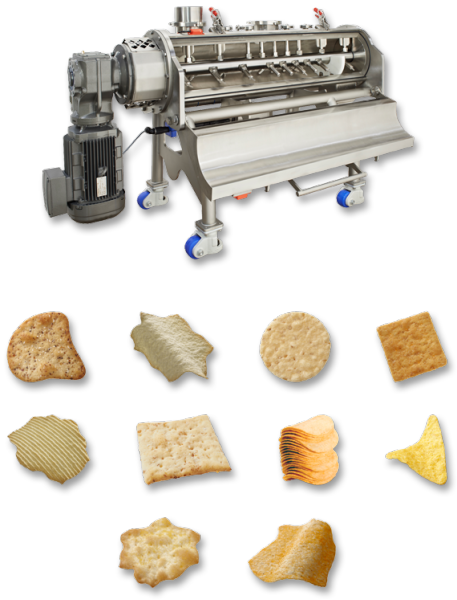